God’s Existence: Why is the evidence not overtly clear? 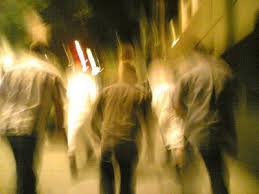 In a previous post, I listed out a short summary of the evidence/reasons that I believe in the existence of God and have a Christian worldview.   Towards the end of the post I admitted that none of the reasons were absolute “slam dunk” case ending evidences.  I cannot point to God in a denotative way.  For example, I could point out Amy who is my wife, or Bob who fixed my car, or Luis who made me a Taco for lunch.

Many atheists who reject the idea of God, do so because God cannot be 100% proven by a scientific method or by some other method of proof, be it philosophical,  historical, or etc…   Let me be clear about what I am saying here, God DOES reveal himself to us through science, history, through our philosophical mind, and other ways.  What I’m not saying at is the degree at which God does this is not 100% as the same way we might test something with the scientific method or know that Abraham Lincoln was president of the United States.

According to the Bible, God has progressively revealed himself to us in a variety of different  ways over the span of time.  You might picture a slowly moving curtain that is unavailing the prize behind curtain #1.  I will save a deeper discussion on God’s revelation for a future post, but will let it rest for now.  One of the ways that I have found the Christian worldview reliable is because it not only works within 1 method of proof, but that it works well with all the different methods, not least of all, science.  If God does exist, many atheists ask, “Why doesn’t he make the evidence clear?”  Atheists offer answers for us such as, “maybe He doesn’t exist.” or “he is not all-powerful enough to do so.”  As a Christian you may have asked that question for yourself as well, I have.  The following paragraphs are some of my thoughts on that question.

As I mentioned before, the Bible says in Hebrews 11:6 “And without faith it is impossible to please God, because anyone who comes to him must believe that he exists and that he rewards those who earnestly seek him.”  Why Faith?  Why does God want us to have a trust in Him that is not totally grounded 100% by facts and evidence.  Some might say that is mean.  It is actually love, here’s what I mean.

Let’s follow the thought out for a little while.  If God exists and let’s say he did 100% show himself to us by some means.  Perhaps he used an airplane to write in the sky constantly, or for Star-trek fans, God beams himself down to earth and visits with us, performs miracles, that we can see with our own eyes, and record them on video tape and post to YouTube.  Better yet God shows us Heaven, but then says we can’t come in unless we believe in Him.  Sound silly?  If that did happen, anyone who didn’t believe in God would be well, stupid.  Like telling someone, you need to eat  in order to live.  For God to erase away any doubt, to not require faith in him, would do away with free will.  Without free will, we would be like mindless robots that just did what we were told to do.  We wouldn’t love God because we wanted to, we would love God because we had to.  You cannot force love, if you do, it’s called rape.  I will address the issue of free will and determinism later, but let’s get back to the point.  I believe the answer lies in the sovereign, perfectness of God.   It is exactly how God has planned it for us.  A perfect balance.

What is the balance?  I don’t think I want to put a number on it.  That answer might vary from person to person.  I know that the more I study both sides of the debate, the more I am convinced and for me the number is rising.  Where are you at in your opinion?  Is it 50%, 51%, 60% for you?  Perhaps lower or higher.

There is a great story in the Bible of Thomas (John 20:24-30) .  Thomas was given the nick name “Doubting” Thomas by someone.  The word doubt has a negative connotation, and I think we give Thomas an unjust shake at what He said.  Thomas missed the first appearance of Jesus to the disciples after His resurrection, and the others who saw Jesus went to tell Thomas about what they had seen.  Thomas made the statement “Unless I see the nail marks in his hands and put my finger where the nails were, and put my hand into his side, I will not believe it.”  Thomas’ doubts were soon wiped away when Jesus appeared to him.    All Thomas was seeking was some truth.   I have found the same to be true in my life, the more I look and examine the evidence, the stronger my faith becomes and the less my doubts and questions become.

Doubt for a while is good, it leads to truth-seeking, answers, but you cannot stay in doubt forever, soon you must move on.  I watched a debate not to long ago between 2 people over Morals and the existence of God.  One person had a set of thoughts in which they presented in turn and the second man, took a position of doubt, and really questioned everything that was said by the other person and other ad populum topics.  Even though there were points and positions argued, the man continued to doubt.  In the end, I really could not tell what the 2nd gentleman’s positions was, all I could take from his side was that he doubted.

Someone once asked the atheist, Bertrand Russell, one day if he died and stood before God and God asked him why didn’t he believe.  Russell responded that “He did not simply give me enough evidence.”   So how much is enough?  The obvious answer is, enough is enough.  I would just encourage everyone to keep searching and not give up.

As always  questions, comments, and discussions are welcome.  I will be posting a blog on Faith in next week or so, I believe it goes well as a follow-up to this posting.

This entry was posted on Friday, September 30th, 2011 at 4:03 pm and is filed under atheism, faith, General Apologetics. You can follow any responses to this entry through the RSS 2.0 feed. You can leave a response, or trackback from your own site.

2 Responses to God’s Existence: Why is the evidence not overtly clear?