Who do I File a Complaint With? 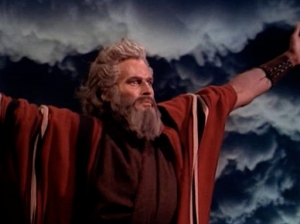 One of the great blessings you can receive from being a leader is to have a great group of followers.  It’s always encouraging to have people who are under your leadership that will support you in your endeavors and not question your actions and motives.  It helps build unity and can have a synergistic effect on the group, or body of Christ.  Just like becoming a great leader takes time, so does become a great follower.  And then again some people just never get it for what ever the reason.  Realizing that it takes time to develop will hopefully give you a little more patience and understanding in your area of leadership.

BUT, what do you do when you have those in the group that want to complain about something?  The complaint may be against you or something else that you have no control over, but as the leader you are the one that they will come to complain to, aren’t you the lucky one.

When you move on in life you will always find complainers in everything you do.  The Israelites first complained to Moses saying we should have never left Egypt, at least we had food in the pot there.  (Ex 16:2-3)  They had taken a step of faith to follow Moses into the dessert and again just like the grumbling at the Red Sea, they began to grumble and complain at the first sign of trouble of no food.  Verse 2 says that the entire community was a part of the grumbling.  This just goes to show you that the Israelites must have been Baptist, you can’t mess with a Baptist’s food without expecting repercussions.  In reality it shows you that complaining can get to everyone and it can spread pretty easily.  In church and ministry situations you can find complaints coming from the most unlikely sources as well as the expected ones.   I imagine that the complaints started in one area or two of the entire camp and quickly worked their way around to the entire camp.  Times haven’t changed much and I know still that people like to talk.

Again, Moses wasted no time dealing with the complaints but immediately went to the Lord, he knew that God was the only source for his answers.  I remember as a young minister that I think I had to rely on God in a great deal of areas because there was a lot of new territory I was crossing into, granted I made my share of mistakes and still do, but as leaders earn more experience I think there is a tendency to rely more on yourself than on God as you did perhaps before.  We must always remember to rely on God for everything, big and small.

God responded to their need by giving them the quail in the evening and the Manna (heavenly bread) in the morning.  He gave them specific instructions on what to do to collect it and how much to collect each day. (Exodus 16:4-5, 14-19)   There is another lesson here that you can also pull from and remind people that God is a God of details and we need to be a people of details, obedience is important to God to the very smallest detail.  When you give instructions to those that are following you, they will not always be followed just like you asked them to be. (Exodus 16:20)  No matter how clear you make the instructions.  There will always be those who think they know of a better plan or way than what you have laid out before the people, while this may or may not be true, they still need to follow the lead of God’s chosen person unless it involves something unbiblical or unethical.  That’s why God put them in the place of leadership.

Also remember that people are slow learners sometimes, we may see the same pattern repeated over and over until the learning curve is met.  If you want Biblical proof, just look at the next chapter, Exodus 17, After the people complained about having no food, they then complained about not having any water to drink and began grumbling again, so soon after the Lord took care of their need with food.  (See Exodus 17:3)  So just keep that in mind that there will always be those who will grumble and who will complain and even those who will not follow the instructions given and cause trouble for themselves and others around them.