Hey friends, the best way to understanding the Bible is through its context. If you get the context wrong you are liable to interpret the passage that you are reading wrong as well. According to the Oxford Dictionary context is defined as, “the circumstances that form the setting for an event, statement, or idea, and in terms of which it can be fully understood and assessed.” Bible scholar Darrell Bock divides context into three areas of study, historical context, social-cultural context, and the literary context. We will briefly look at these three areas in three different posts and dig deeper into them over time.

One example where having the right historical context is found in Revelation 3:14-16.

“To the angel of the church in Laodicea write: These are the words of the Amen, the faithful and true witness, the ruler of God’s creation. I know your deeds, that you are neither cold nor hot. I wish you were either one or the other! So, because you are lukewarm—neither hot nor cold—I am about to spit you out of my mouth. (NIV 1984)

Years ago as a teen I remember reading this verse and wondering why God would rather the church at Laodicea either be hot or cold, but not lukewarm? I had always heard other Christians challenge students to be “on fire” for the Lord in their faith. I began thinking allegorically, maybe Jesus would rather have us to be either “on fire” in our relationship with Christ or either completely “cold” where we don’t even reflect ourselves as Christians than for us to be “lukewarm” in our faith and not be a very good example to others around us. I wrongly associated these verses with modern thoughts of my day.

If I had known the historical context of the city of Laodicea I would have understood this passage in a completely different way. The Lexham Bible Dictionary fills us in more on history of the city. The comment like has allusions to “the Laodicean water supply, which was lukewarm—particularly unappealing in contrast to the cold stream-fed water in nearby Colossae and the hot springs in Hierapolis, which were perhaps valued for more pleasurable bathing or medicinal usefulness.”1 The city of Laodicea was not seated near the preferred water or cold water of the neighboring cities. In this case being “cold” would have been a good thing and not a reflection of a lack of a relationship with Christ.

Here are two other examples we can look at. First, from the Old Testament, we learn about Solomon’s massive wealth and military strength in his collection of chariots. Today’s reader might be tempted to scan past the inventory that Solomon had that is recorded in 1 Kings 4:25. “Solomon had four thousand stalls for chariot horses, and twelve thousand horses.” You might likely view these chariots and horses as primitive as compared to the weapons we have today but this is the exact opposite that the author is trying to convey. In Solomon’s day the chariot was the most advanced tool of war. “Many of the biblical references to chariots occur in the books of 1–2 Kings. In those books, the references include battles as well as the number of chariots certain kings had under their command. For example, 1 Kings 10:26 records that Solomon had 1,400 chariots and 12,000 horsemen, and 1 Kgs 10:29 lists the cost of a chariot as 600 shekels of silver—an explicatory note concerning Solomon’s wealth.”2 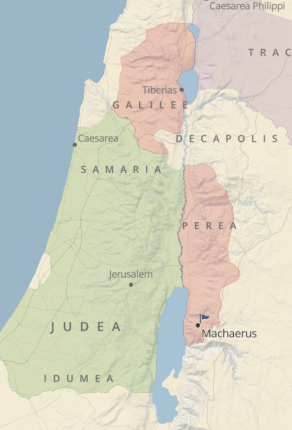 Moving back to the New Testament, in John 5:1 we read, “Some time later, Jesus went up to Jerusalem for a feast of the Jews.” It has been pointed out by many today that Galilee (where Jesus was coming from) is north of Jerusalem. Skeptics will ask, “how could Jesus go up if he was traveling south?” The answer is geography. When Jesus left the region of Samaria to go to Jerusalem he traveled up (in elevation) to Jerusalem. For those who live in the united states, do not get a picture of the Appalachian or Rocky Mountains. The mountains in Israel are much milder, but they are big enough to warrant the description of traveling up. Coincidentally this is also why when Jesus tells the parable of the Good Samaritan (Luke 10) where the man travels “down” the road to Samaria. The people in the first century knew nothing about magnetic north or compass headings but, knowing geography answers the question.

Look for more historical context in future posts and feel free to share what you are reading or if you have a question about a passage in the Bible.