Over a week ago I posted a blog titled Why I believe.  I quickly listed out the reasons that I believe in God and hold the worldview that I do.  The very first item I listed was faith.  I realize that you may think that faith is not objective, but I hope that you will see at the end that it is based on an object.  According to the Bible, faith is a requirement to have a relationship with God and for an eternal life in Heaven.   I have already explained why faith is necessary, but now I want to go back and spend more time on what real faith is and also try to clear up what many people consider of faith as blind faith.

You may have asked, “Why faith?”  Look at the following scripture.  “For it is by grace you have been saved, through faith—and this not from yourselves, it is the gift of God” – Ephesians 2:8 [Emphasis added]  It is ‘through faith’ that we are saved ‘by God’s grace’.  The Bible is clear that God requires faith, that is His standard.

Chris Sherrod, a former student minister and friend of mine breaks down faith like this.

Faith has two elements.
1. The person doing the trusting
2. The object that the person is putting their trust in. 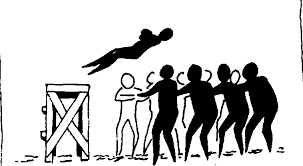 Using the “trust fall” example Sherrod explains; “Imagine you are standing on the end of a table and about to fall backwards into the arms of six strong adults waiting below you.  As the ‘faller’ you portray the first element of correct faith – the person doing the trusting.  Obviously for this exercise to work must have enough confidence in the people below you to take some action and actually fall backwards.  But correct faith involves one other element – there must be a trustworthy object that you are placing your faith in waiting there to catch you!  In other words your ‘subjective’ (or personal) faith must be placed in something that is objective. (i.e. outside of you) and trustworthy.”

Sherrod continues, “To understand the importance of the second element, imagine that we alter one feature of our exercise: the group standing below you is now six toddlers!  Would you consider this an important detail that has changed?  Obviously so! Your faith, no matter how genuine or strong, would matter little now because the object of your faith is no longer trustworthy.”

The sincerity of the person doing the trusting really have nothing to do with it.  If I believed that I could jump off my roof while holding an umbrella and float slowly to the ground, the only thing that matters is the object, the umbrella, that I am placing my faith in.  The same can be said of other worldviews.  If Mormonism and Islam are objectively false, it really doesn’t matter how sincere the person’s faith is, it is still objectively false.  Later after establishing the evidence for God I will begin to look at other theistic worldviews and the objects that they place their trust in and compare them to those of the Christian worldview. 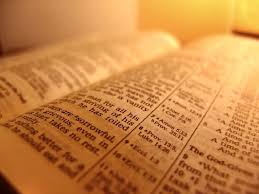 There is a misunderstanding by many about the type of  faith that Christians have in God.  Richard Dawkins, in his book The God Delusion seems to see it as a blind faith.   It is a not blind faith.    Blind faith meaning that for no reason or any evidence at all a Christian believes in God.  Similar to me thinking I can fly because it would be really cool and I like superman.  Biblical faith is based on the objective evidence that we do have.  What objective things can we look at?  The universe, human life, conscious thought, The Bible, Historical Jesus.  We will get into these one at a time and look at specific facts, and see where they lead.  The argument boils down to what is acceptable evidence and what is not according to who’s looking at it.

Every single person uses faith that is based on evidence or reason, even if they are not religious in their worldview.   The scientific atheists want to try to separate religious faith from that of scientific faith saying it is a different type of faith, but it is one and the same.  Here are a few examples.  You trust an airplane to fly you safely across the country without crashing, even though you don’t understand all the laws/rules of aviation.  You have faith because you have seen planes fly and more often than not make it safely to their destination.  You trust a pharmacist to put the right kind of medicine in a pill bottle and you take it without question, even though you don’t know everything about medicine and biology.  You have faith because they have proven themselves reliable in the past.  Even in the field of science.  Physicists have never been able to weigh a sub-atomic particle, like a neutrino, it is to small, yet based on all the fundamental laws of physics, mathematics, their reasoning, and deductive skills scientists do believe that a neutrino does have mass.

The heavens declare the glory of God; the skies proclaim the work of his hands – Psalm 19:1