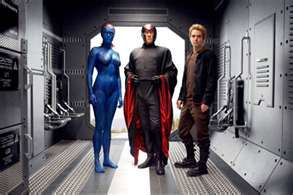 Mutation – Alteration in the genetic material of a cell that is transmitted to the cell’s offspring. Mutations may be spontaneous or induced by outside factors (mutagens). They take place in the genes, occurring when one base is substituted for another in the sequence of bases that determines the genetic code, or when one or more bases are inserted or deleted from a gene. Many mutations are harmless, often masked by the presence of a dominant normal gene. Some have serious consequences; for example, a particular mutation inherited from both parents results in sickle-cell anemia. Only mutations that occur in the sex cells (eggs or sperm) can be transmitted to the individual’s offspring. Alterations caused by these mutations are usually harmful. In the rare instances in which a mutation produces a beneficial change, the percentage of organisms with this gene will tend to increase until the mutated gene becomes the norm in the population. In this way, beneficial mutations serve as the raw material of evolution. 1

The last two sentences in the paragraph above dealing with beneficial mutations “being the raw material in Evolution” when the “mutated gene becomes the norm in the population” is what I will take issue with.  This is where the credibility of mutations, losses it power to influence Evolution.

First, lets look at some facts about mutations.

1. Mutations are rare in the first place because an enzyme acts as a sort of proofreader during DNA replication to check for mistakes.  When a genetic mistake is found, the tendency is to correct it.

2. Mutations distort, destroy, or damage the current DNA structure and do not improve or add to it.  As John Morris, faculty of the ICR (Institute for Creation Research) describes “It‘s instructive to try to imagine what must happen to turn a cell into an invertebrate, or a worm into a fish, or a fish into an amphibian, etc. List the structural changes needed. A cell doesn‘t have the genes needed to produce even a simple nodal chord, nor does a fish have the genes to produce legs. This extra genetic information must be added from some external source, but science knows of no such source. Mutations do produce novel changes, but never has a mutation been known to add coded information to an already complex DNA system. On the contrary, it usually and easily causes a deterioration of the information present in the DNA. For random mutations to add the information for a leg where there is none is asking a lot, in fact, asking too much.” 2

The final question is are mutations beneficial?  There seems to be a handful of examples floating around as proof that they are.  Perhaps you may have heard of some of the following examples;  two copies of the mutant sickle-cell anemia gene cause illness, one copy confers resistance to malaria,  the Pima, a Native American tribe that have to be on a special diet to avoid being morbidly over-weight, artificial breeding of crops and livestock that produce greater yields and drought resistance crops. 3   These hypothetical examples of beneficial mutations were all discovered in a lab and through human experiments.  All of these examples did not produce a new animal genus from another, in other words they fall into the label of adaptions rather than macro-evolution.

You can see that mutations sound exciting but, when you take a closer look at mutations there is really a lot of talk and clearly not enough action behind the idea of mutations.  One such objection to this is that the mutations take place so slowly that it i often hard to see and observe in our human lifetime or over the last several hundred years of scientific study.  This objection will lead us to the next to the witness, the fossils, and a closer look at the fossil record.  As always, questions, comments, and discussions are welcome.

This entry was posted on Tuesday, April 3rd, 2012 at 4:54 pm and is filed under Definitions, evolution. You can follow any responses to this entry through the RSS 2.0 feed. You can leave a response, or trackback from your own site.

2 Responses to Evolution on Trial: Mutations Take the Stand